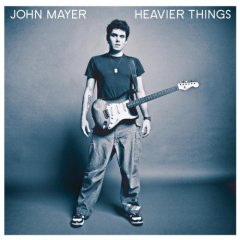 i must admit, i initially refused to like john mayer, and as his stock rose in popularity i became stubborn and refused to give in. and here i am three or four years later loving his stuff. i bought “heavier things” a couple weeks ago and i’m slowly working my way into it track by track. so far i’m a big fan, much bigger than i expected to be. i used to not like him cause i thought he breathed instead of sang, but the more i listen the more i love it. i’m looking forward to picking up some of his other stuff and seeing if i’m equally as pleased.

i’d also like to take time in this post to apologize to anyone i childishly dissed on for liking john mayer. he’s quality and i am sorry.

the only thing i dont like about him now is the billboard of him in atlanta. he very much resembled Edward Scissorhands which very much creeped me out as a child. i saw it on TBS one night at a sleepover and i had nightmares for a month. bad news for sure. not that appearance really means anything to me..i’m a david crowder fan too.

in other news, classes start again on thursday. isn’t that a treat? here’s what i think i’m taking:

we’ll see how that goes. who knows.