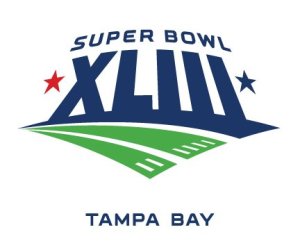 whenever something ridiculously huge happens in my life, i always find myself really struggling to blog about it. i know that my writing and words cannot do the experience justice – i just can’t put down words that can convey the utter thrill and excitement accompanied with certain events.

such is the case with Superbowl XLIII.

i could bore everyone with highlights from the game, but i’m going to focus on the things that people might not know just watching it on tv. ready break.

1. there was like a 4:1 steelers to cardinals fan ratio. the terrible towels were out constantly. it might as well have been a home game for pittsburgh – which makes sense – pittsburgh actually has a history of success and something to cheer for, the cardinals…not so much. so people paid the dough and drove down the east coast to watch their team win the lombardi trophy. all the cardinals fans were people like me who just happened to be in the right place at the right time and needed someone to root for – so they chose the underdog because everyone likes a cinderella story (go relish). as rick reilly put it: “most arizona fans you met in tampa had been lifelong cardinals fans for a least three weeks.”

2. when i go watch games in person as opposed to on television i’ve always been so surprised at how small everything seems. 100 yards is not that big and 10 yards for a first down looks so simple. but on tv when i hear “3rd and 15” it seems like the most impossible task in the world. i expected it to be “bigger” than it was, but in reality it was just normal sized. it wasn’t disappointing or anything, just a strange observation.

3. raymond james stadium isn’t anything special. they’ve got a neat little pirate ship in the stands of one endzone but it’s not even that impressive, but the sound system suuuucks. they only have speakers on one end of the stadium and since there were so many raucous steelers fans i dont know if i ever heard the referee make a call clearly.

4. the end of the game was completely anticlimactic – at least for anyone hoping the cardinals would drive down and score again. warner gets sacked and fumbles the ball. it was extremely questionable whether it was a forward pass or a fumble. in the NFL, under two minutes there is ALWAYS a booth review about anything questionable. so warner fumbles and the steelers recover and pitt sends out its offense as fast as they can to kneel the ball. everyone in the stands and on the field – excluding the pittsburgh offense – is standing around waiting for a booth review. but the whistle never came and the review never happened and everyone was just puzzled. it wasn’t a moment of jubilation and fist-pumping madness – it was a moment of curiosity and uncertainty. arizona had about 26 guys out on the field when the ball was snapped to end the game. the confetti started coming down and it just seemed…really uncomfortable. i dont know if you guys got that sense at home, but the game ended in a not-so-triumphant fashion.

5. okay i said i wasn’t going to say anything about the actual game itself, but there are two large mistakes that the cardinals made that led to their loss. let me mention them now:

– they won the coin toss and chose to kick. when your offense is your strength and you’re the underdog in the game, you need to employ your strength to gain momentum early. instead they choose to kick to start the game so they can recieve in the second half. the cardinals should never have chosen to kick it away. they needed to start the game off in their control, but instead you got a steelers crowd pumped up for their offense and it was an uphill battle the entire game.

– moments before the harrison interception for a TD that ended the first half – the cardinals made a huge mistake. 1st and Goal at the 1 yardline with 18 seconds on the clock – arizona calls their final timeout of the half. this is where they blew it. they no longer had a chance to run the ball or kick a field goal at that point. had they spiked the ball on first down they could have taken two shots at the endzone – a quick fade to fitzgerald in the corner on second down, a run up the middle on third down – called timeout – and kicked a field goal if they both failed. but instead, the cardinals panicked and used their timeout on first down. so now they dont have the option to run so the steelers drop back in goal line coverage instead of pounding the line. and wouldn’t you know if james harrison wasn’t staring down kurt warner and jumps the route for an INT and runs it 100 yards for an TD. bad decision on the part of coach wiz and todd haley.

anyway. if i write anymore then no one will read it. it’s already too long probably. just ask me about it if you want to know more and i’ll probably tell you. one of the biggest experiences of my life, and i’m sorry if my words can’t convey that truth.

also, did anyone tape it or tivo it? cause i want to see if i got on tv. and i want to see that warner fumble played back in slow-mo.

4 thoughts on “>i went to the superbowl.”