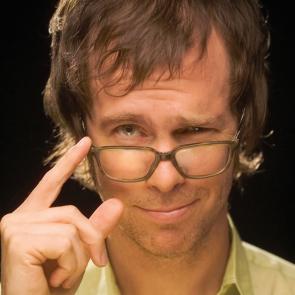 today is a big day, and not only because i’ve blogged three times today.

i am going to see ben folds play music about half a mile from my home at bramlage coliseum. this will be the second time i’ve seen ben in concert. the first time was in des moines in summer 2007. when his latest album came out in october i wasn’t terribly enthusiastic about it, but the more time i’ve put into it the more i’ve really enjoyed a handful of the songs on there. i don’t like it as much as most of his other LPs, but it’s alright. i just hope he doesn’t structure his show around it.

here is what i’m hoping to hear tonight:

– one angry dwarf and 200 solomn faces
– narcolepsy
– army
– the last polka
– trusted
– you to thank
– not the same
– hiroshima (b-b-b-benny hit his head)
– dr. yang
– underground
– jackson cannery
– some unbelievable cover you’d never expect from ben*
– some random song he wrote this afternoon**

if i hear a handful of these songs…lets say 7 of them…then this show will be epic. but you never know what to expect from ben. the guy is one of the most theatrically spontaneous artists ever. i could be 100% off the mark, but even if he doesn’t play a single one of these – i’m certain that he’ll rule.
kthxbye.

oh one more addition: i hope he does something great with the synth track on “free coffee”. i feel like that song has a lot of potential for greatness in a live show with ben. we’ll see. sort of a hopeful prediction.

* – examples: postal service – such great heights, ray charles – them that got,

** – when i saw him in des moines he played a song called “march to reenergize iowa” that he’d written the afternoon before the show. he pulled the lyrics from some flier someone handed him while he was walking around downtown DM. so who knows what i’ll hear tonight…ben probably doesn’t know himself.

One thought on “>ben folds comes to kstate – preblog.”