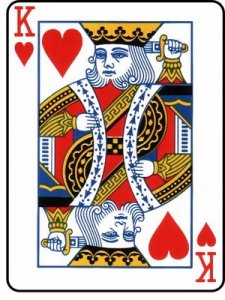 sure it centers around murder, deception and lying. and sure it gives an opportunity for students to ruthlessly stab their best friends in the back. but i have said it before, and i will say it again:

mafia is the greatest ministry game ever.

there are a handful of reasons why mafia is the greatest game ever. i will list them now.

1. it forces students to know everyone’s name.
you look like a total schmuck when you point at someone and say, “i think it’s you – kid in the blue hoodie – yeah, him – you…i think you’re in the mafia.” people start whispering side conversations asking each other the names of the other people around the circle. students feel loved when you can call them by name (even more when you can develop a nickname for them) and when their peers know their name it means even more. by the end of a night of mafia, a room full of borderline strangers are suddenly best friends and can’t wait to play together again.

2. students are forced to work together with individuals they’re not used to being grouped with.
this is super fun to watch. you’ll get the talkative girl, macho dude, quiet loner and stand-off-ish Flyleaf fan all working together and getting each other’s back. students that would never have even talked to each other before are suddenly vouching for each other and trusting each other and working together to end the terror in mafiaville. this also breaks up the unhealthy attachments that some students have with a certain group and allows them to branch out and make friends outside of their normal bubble.

3. it develops confidence.
anyone can succeed at mafia – in fact, the already confident ones are typically the first to be found out. the quiet ones are the ones that fly under the radar and ultimately shock the group. this is something that every quiet and uncomfortable individual needs: a boost of confidence. suddenly the populars are at par with the not-so-pops. it’s anyone’s game, and regardless of the group, high fives always ensue following a mafia game.

4. it ultimately builds community.
when you combine the last three points, you eventually land at a great word called “community.” community is what makes ‘youth group’ the slightest bit successful. it is at the center of what we do as Christians – we spend time and share life with each other. at the end of the day, mafia breaks down walls and replaces the with terrific avenues for students to grow together. Christianity isn’t a solo exercise, and mafia aids in this fact.

5. it’s stinkin’ fun.
and lastly, it’s just a blast. after spending years hanging out with the students at hillcrest, i can honestly say that some of my favorite moments have come in games of mafia. no other game could be played for 10 hours straight on a bus ride back from buena vista, colorado. but i’ve had the privilege of doing that 4 different times! and we always come back for more.

anyway. there are your reasons. if you want to know more about our mafia games, visit the facebook group or read about the ‘party game‘ on wikipedia.

2 thoughts on “>why mafia is the greatest ministry game ever.”