i’ve been listening to LCD Soundsystem for the last week or so. i hadn’t really heard anything of the decade ended. PMA was blogging the best songs of the decade. as the end of december wound down, i kept seeing all the potential #1 candidates slowly dwindle, and before #1 was revealed, i was at a loss for what it might be.

turns out i’d never heard the number one song according to my favorite music blog. in the words of hermione granger…”what. an. idiot.”

the top song: “All My Friends” is great. i listened to it like 4 times in a row right then and there – which doesn’t sound like many times, but it’s a 7:17 track. so 4 times that is a while. 29 minutes and 8 seconds, actually. so i vowed to check them out. and when i received an itunes gift card in the mail from my mother on valentines day, i decided that this was my moment to investigate it.

so far here’s what i’ve gathered: they’re awesome, energetic, funky, and very diverse. and their first track on their first LP is called “Daft Punk is Playing at My House“. that’s step 1 in a recipe for success.

i’m definitely fan overall. not every song hits the jackpot, but with such an eclectic selection of sounds you can’t expect every track to be your groove. check em out on theirspace. 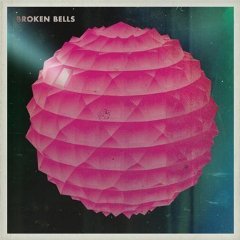 also, i just got an email telling me that the Broken Bells album i pre-ordered about 2 months ago was shipped today. broken bells is a new collaboration between danger mouse (producer of the grey album, half of gnarls barkley) and james mercer (singer/songwriter of the shins). check out their first single “The High Road” here. you’ll like it. if you don’t like it then i’ll treat you like ku fans treat others.