in november of last year, my friend jon dropped “shuffle lessons, volume 1” over on his blog. while i’m not the iTunes freakazoid (chimpanzee) that he is, i try really hard to maintain a solid library myself.

the whole idea is this: put iTunes on random and write a little bit about the first handful of songs that come up. jon pulled from his “top 1000” playlist, but i’m just pulling from my entire library…makes the element of surprise that much greater. my goals are three-fold:

– first, i hope to reminisce a bit on some songs i never listen to anymore.
– second, i hope to connect with you all randomly on a new level of music appreciation.
– third, i hope this inspires jon to drop volume 3 sometime.*

* – disclaimer: I do not necessarily have jon’s permission to swipe shuffle lessons…let alone claim volume 2 to be my own and apart of the series. i hope he looks upon this blog with favor.

a new hope – five iron frenzy – all the hype money can buy
consider goal number one to be complete. i haven’t listened to this album in way too long. probably 6 years. five iron used to be my jam. i still break out “our newest album ever” on occasion – I always thought that was their strongest LP – but “all the hype” never got nearly enough playing time. not sure why – what other albums landed in 2000 that it was competing with…

this track, a new hope, is a response to the columbine high school shooting I think. five iron frenzy is a band from the columbine area, so the shooting there sort of framed a lot of their lyrics and their theology. some of the tougher lyrics to get around: did the halls smell of gunpowder still/what made the human mind dark enough to kill?…we all saw it on that day/stunned we stood stuttering/ what did the news say?

rumor has it that five iron is recording some new material – and again their home was hit with tragedy with the movie theater shooting during the “dark knight rises” premiere last month. would be shocked if there wasn’t a response on one of the later tracks similar to this one.

in somewhat related news, the theme of the middle school retreat I am leading next month is “the greatest story ever told” – which is the title of track 1 off this album.

re: definition – black star – black star
the first thing I think of when i hear any track from black star is “dave chappelle’s block party”. i knew who mos def was, and I knew talib kweli from his verse in kanye’s “get em high” and his mention in jay-z’s “moment of clarity” (if skills sold/truth be told/I’d probably be/lyrically/talib kweli), but I didn’t know of their duo “black star” until I saw DCBP. they perform this song early in the movie, and i think I had downloaded the whole album off limewire by the time the movie ended.

mos def is hilarious, and kweli is absolutely ridiculously good. how does he do it? he and twista should compete in some lyrical exercises sometime and put it on youtube. heck, sell tickets. i’d go.

speaking of, I remember when kweli was coming to kstate my senior year, but he got arrested after arriving in manhattan for possession of marijuana. he had to cancel his show and i didn’t find out until I was walking to the union and the rest of campus was deserted. I remember i looked up the situation on my red Palm Centro (which, fun fact, is the same phone Lily has in “how I met your mother”!). so I never got to see him. sigh. oh well. 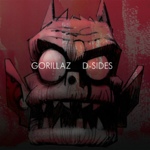 feel good inc (stanton warrior remix) – gorillaz – d-sides: remixes [disc 2]
one of the most remixable tracks ever created. it’s mash-ups on the dj hero soundtrack are some of my favorites: feel good inc/hollaback girl, feel good inc/heard it through the grapevine, feel good inc/ atomic. this track is alright I guess. not as strong as some other remixes I’ve heard – or as strong as the original for that matter – but it’s ooookay.

here’s the thing about mashups: they need to fill one of the following qualifications in order to be a success…
1. they make at least one of the two songs better – it’s like drinking a jack and coke…why would I ever want to ruin either of those beverages by combining them unless it makes a creation better than one of the the originals.
2. they isolate a unique part of the song that you wouldn’t expect – you can’t just lay the chorus of one song over the back beat of the other song and expect it to be a smash. you have to isolate some details that are easily missed in the originals and highlight them in a new way that makes it special.
3. they somehow combine the two so that you don’t miss the original – a good mashup is able to distinguish itself from the original in a way that makes the original forgettable in the moment. an even better mashup manages to replace the original, so that when you go back to the original you actually miss the elements of the other track. examples of this: feel good inc/heard it through the grapevine of the dj hero soundtrack, selected tracks from danger mouse’s “gray album”, kanye’s “say you will” and dido’s “here with me”…course both of those songs are pretty boring to begin with so it was easy to improve on.

this track does none of those things, so i can’t give it a thumbs up. odd that the gorillaz gave it the thumbs up to go on their “d-sides remixes” album. 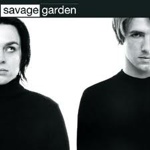 1. I remember being in elementary school and sitting at the neighborhood pool trying to memorize all the words to this song when it would come on Z95.7 (now called “the vibe”…dumb). I used to get really tripped up on the “magenta” line in the first verse, and I get lost throughout the second verse until he says “deep sea diver” and then I’m back on course.

2. I remember one Christmas with all my cousins and we all got a different CD. mine was DC Talk, “Nu Thang” and I was ecstatic. I already had “free at last”, “jesus freak” and “dctalk”, so that completed the discography to that point. but then one of my cousins opened up this album and I remember being so jealous because I had spent the entire summer prior trying to learn the words and that was my golden opportunity to learn them all and it was given to my rival cousin instead. ugh.

island girl – elton john – rock of the westies
love me some elton john – key word “some” – but certainly not all. this is maybe the worst ever. it’s is absolutely mind-blowing that this song made it to #1 on the US Billboard in 1975. I mean, c’mon, you’re telling me that in ’75 this song has more weeks at number one than the eagles “one of these nights”, kc and the sunshine band’s “that’s the way (I like it)”, and earth wind & fire’s “shining star”?!?! that’s just embarrassing. c’mon 1975…what were you thinking?

and don’t get me started on the subject matter. this “island girl” that elton is singing about is, according to the lyrics, a big girl/standing six-foot-three/turning tricks for dudes in the big city. awesome, so despite the jovial carribbean sound to the song, the “island” is manhattan, ny, and the “girl” is a prostitute. and a rather gargantuan prostitute at that. in fact, one might even wonder if this “girl” is actually a “girl” at all considering elton’s sexuality and the culture surrounding homosexuality in the 70s.

and here’s a fun little ditty: she wraps herself around you like a well worn tire/you feel her nail scratch your back just like a rake. what a wonderful image, elton. as bad as “daniel” and “nikita” and “little jeannie” are, “island girl” wins the prize for the worst track ever recorded by sir elton.

…well. there you go. the first five songs that came up on random on my iTunes, and those are my thoughts about each one. now please, leave your thoughts on one or all of them and maybe we can reach goal two together.