every year, september is a heavy music month. there’s probably some scientific formula that someone figured out in regards to releasing an album in september and its correlation with the album’s success…like the alignment of life, finances and award shows.

all that to say, i’ve picked up 4 albums in the last month – 3 of them released in the last 2 weeks. i don’t have the time to do full reviews on them, but i will do the following:
1. a haiku review
2. my three favorite songs (with a brief reason)
3. rating out of 5

ben folds five
the sound of the life of the mind
release date: september 18

haiku review:
whether he’s solo
or reuniting with Five,
ben can do no wrong.

favorite tracks:
1. erase me (i love it when they cuss)
2. draw a crowd (childish? or absolute genius?)
3. the sound of the life of the mind (very reminiscent of old school bff) 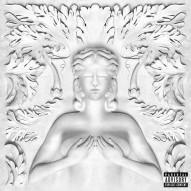 haiku review:
who are these artists?
lame. save for a few moments.
still miss vintage ‘ye.

favorite tracks:
1. mercy (kick drum at 3:15 might just save the entire album)
2. to the world (good, but i can’t take r kelly seriously after “trapped in the closet”.)
3. bliss (i had to pick another song to round out the top 3…the eagle cry sold me here.) 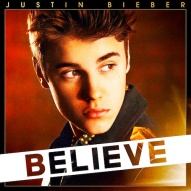 haiku review:
a quick prediction:
justin is the next justin.
haters gonna hate

favorite tracks:
1. boyfriend (so say hello to falsetto in 3…2…)
2. take you (get me on the dance floor. i can’t handle it.)
3. maria (distorted matt lauer interview?! amazing.)

favorite tracks:
1. around my way (cause freedom ain’t free, especially ’round my way.)
2. battle scars (a hurting love song from lupe? surprising.)
3. audubon ballroom (lupe drops his two cents on the n-word.)