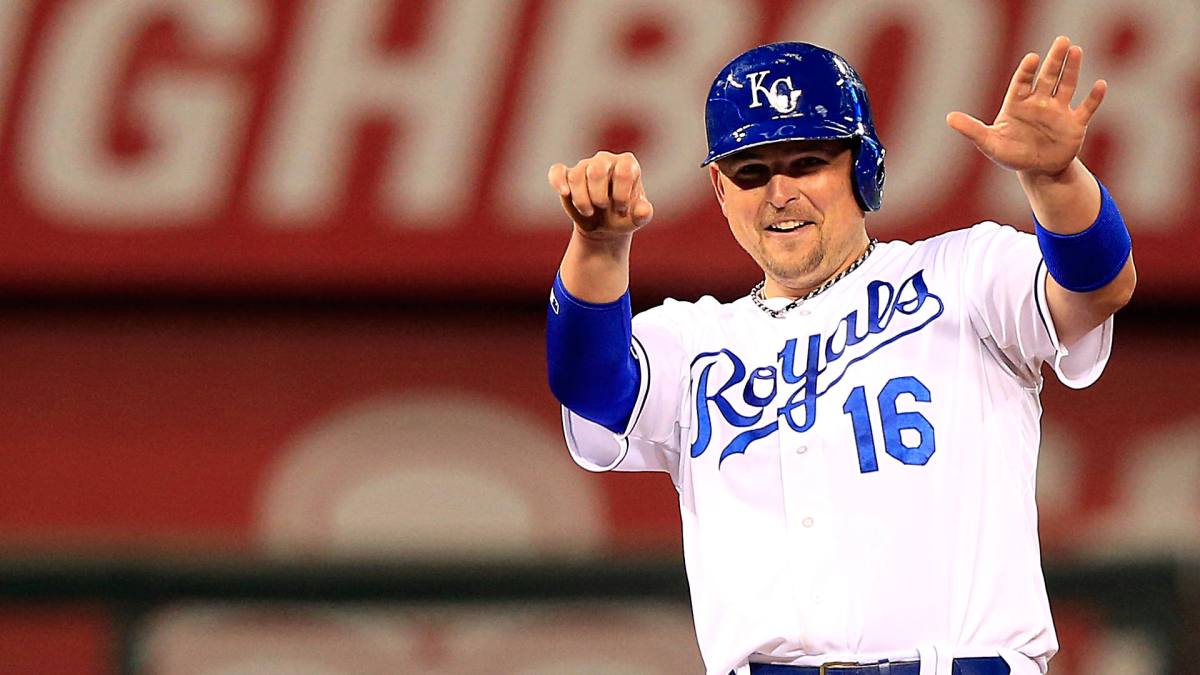 I’ve never been a huge fan of Billy Butler.

At least not Billy the Ballplayer. Many of you know this. If nothing else, my posts and tweets between 2007 and 2014 support this. I do not support the DH in general (another conversation for another time), but I’ve never felt that Billy Butler was even a good DH, let alone a good ballplayer.

My favorite ballplayers are those who are good at all aspects of the game. Five Tool players, if you will. The five tools are defense, speed, arm, hitting for power, and hitting for average. The more tools a guy has, the more inclined I am to be a fan. Lorenzo Cain, for example, has emerged as someone who has at least 3 tools. Jarrod Dyson has 3 tools. Alex Gordon has 4 tools. Alcides Escobar has 3. Moose has 3. Kendrys Morales has 2 tools. Salvador Perez has 4 tools. Eric Hosmer has 4 tools.

He can hit for average. That’s all he could ever do as a Royal. He doesn’t throw. He never really played defense. He is one of the slowest runners in the game. And despite what you may have seen before, Billy was never a consistent power threat at the plate. He had one year with 29 HRs and another with 21 HRs, but overall, he couldn’t get the ball out of the yard. Sure, he hit a ball out of Minute Maid Park the other night, but the theme of Billy’s career was that he hit singles and doubles. Sometimes hits that should’ve been doubles would turn into singles because of his lack of speed.

Since Butler debuted for the Royals in 2007, not a single qualifying designated hitter ranks lower in SLG according to Fangraphs (.449). He just doesn’t have the power output that a DH ought to. He is, however, second in AVG behind only Victor Martinez (.309) and third in OBP behind David Ortiz (.384) and Martinez (.373).

So he has a tool: he hits for average. He does that well.

At this point, the game of baseball seems to have moved on from the designated hitter. There are really only a couple true DHs in the league anymore, and only Ortiz and Martinez are All Star caliber. To me, the reality is that professional ballplayers need to be able to do more than just hit. Which is why you will always hear me refer to designated hitters as “professional hitters” and not “ballplayers.” They don’t play ball. All they do is swing a bat and watch their teammates play the rest of the game without them. Hitting – when based off the 5 tools – makes up just 40% of the tools needed to be a complete ballplayer.

Thus, without the power game, Billy is 20% ballplayer and 50% hitter. I just can’t get excited about that as a baseball fan.

Caveat: There was that one point when Hosmer was hurt last year when Billy got some extended time at first, and his overall number spiked greatly. Something happened in Billy that made him a better ballplayer when he wasn’t confined to only one dimension of the game. Which might be why the Oakland Athletics decided to take a gamble on him at first base this year. I wonder what could happen…but I digress.

Where was I? Oh yes – I was never a Billy Butler fan.

I was one of the many Royals fans who absolutely loved pointing out every time Billy Butler grounded into a double play. Billy has the most GIDPs of anyone not named Albert Pujols.

I was one of the many Royals fans begging with Dayton Moore to trade Billy Butler at the trade deadline last year and pull something positive out of him in the end in return.

I was one of the many Royals fans who would make sarcastic comments regarding Billy Butler’s speed on each of the dozens of times he would run first to third on a single. “He’s just SO FAST,” I’d say.

But then he did this…

And none of that DH garbage mattered anymore. In a wild turn of events, I suddenly loved Billy Butler.

But as the past 6 months have gone on, I’ve realized it’s not Billy Butler the Professional Hitter who I finally fell for. It’s not his skills as a single tool player that finally won me over. It was Billy Butler the person who I was suddenly crazy about.

It was Billy Butler the Symbol of the Resurrected Royals who stole that base.

I mean, just look at that chubby smile! How can’t you love a moment like that one!? He doesn’t really even do it right.

His production on the field didn’t even matter anymore. It was about what he represented as a member of the Kansas City Royals for 10 years that mattered to us after that moment.

Billy Butler (along with Alex Gordon) were the two Royals players who you could look at and think, “this team has come a long way.” They were the two who had been around the longest and had experienced so much disappointment and heartache. And it’s not like they were stars while the rest of the team stunk, they were just as much a part of the sadness as they were apart of the joy during the playoff run. Gordon was a miserable third baseman and thought to be a bust. This fan base has had such a love/hate relationship with Billy over the years too. He was in and out of the doghouse over and over again. It was just last September that the was benched for a week and pouted to Ned Yost the whole time.

After October, and specifically after that stolen base in the ALDS, none of that pouting in the doghouse business mattered to me anymore. Even if Billy had a terrible 2014 season (which he mostly did), it didn’t matter. His legacy in KC isn’t connected to his production anymore. His legacy is now the face at the top of this post – his is the embodiment of the Resurrected Royals.

Or maybe that’s a bad way to say it…I think we’d all rather Alex Gordon be the body. Billy Butler can be the soul.

But it’s even more than that – it’s how Billy talks about my city. He calls Kansas City home. He loves the fans. He loves the BBQ. He loves the city. He has voiced over and over again that he hopes to be back in KC someday. He misses it and didn’t want to leave. He doesn’t even seem to want to cover up that fact for his teammates or for Oakland fans 0 I mean, it probably has to irk them a little bit, right? This team just knocked them out of the playoffs last year. He’s almost too open about it, in my opinion. But it’s clear that he loved KC.

Billy Butler, unlike most professional athletes, somehow managed to become one of us.

And the way he talks about my city makes me so proud.

So why will I be cheering for Billy Butler this weekend when he returns with the Oakland Athletics and gets his 2014 AL Champs ring, celebrating his 29th birthday in the ballpark he knows best? Not for what he did for this team to help them win, but for what he now represents for this ball club and my city. One tool or ten tools, it doesn’t matter. He has a place in the heart of the city now.

We’ll all cheer for Country Breakfast tonight and all weekend. We might even tear up and cry a bit. But make no mistake, I won’t be celebrating what he did on the field. It’s what Billy Butler represents that I’m celebrating: a team reborn and a love affair between a city and one of its own.