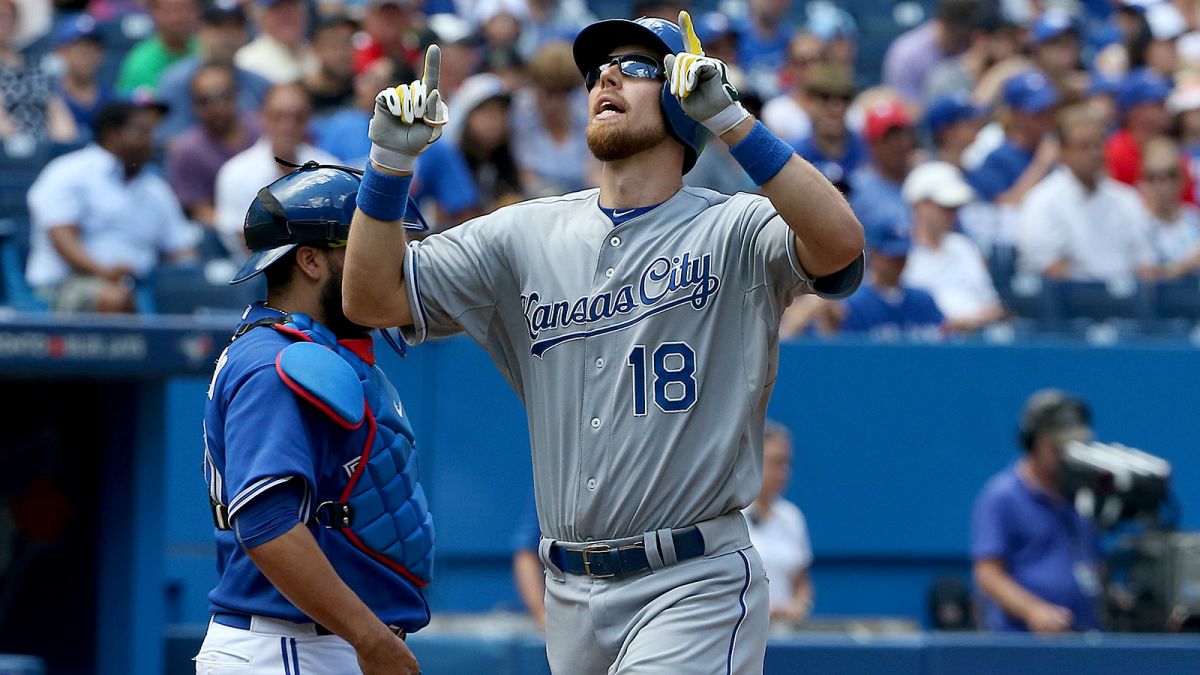 The summer got a bit crazy and my weekly blogging got away from me. There are at least a dozen of you who are, at minimum, wondering why I haven’t been blogging, and at maximum, genuinely concerned for my well being. Somewhere in there you might actually have missed my takes on baseball, youth ministry and pop culture.

Let’s get back to it.

When I last posted about the Royals, they were 9-3 and were dealing with being the Bad Boys of Baseball for the third series in a row. They’ve been nothing less than spectacular since then. They’re now 77-49 and have an absolute stranglehold on the AL Central. They are a handful of games up on the second best teams in the American League. With 36 games remaining…

Basically, the Royals are all but guaranteed to end up back in the postseason. That’s not being cocky or overconfident. It’s just the truth. It’s not too early, so let’s take a glance toward October.

Who do we want to face in the playoffs?

While the winners of the AL Central seems abundantly clear, the rest of the American League is mostly uncertain. As of right now there appears to be 7 teams fighting for 4 playoff spots. Baltimore, Toronto, New York, Minnesota, Houston, Los Angeles and Texas are all lingering. A couple of those teams scare me. Most of them don’t. It’s very obvious who the best team in the AL is in 2015.

To me, Houston and Toronto are the scariest of the remaining clubs – especially if we don’t have home field advantage. The Royals are the most complete team in baseball, but the one way they can be beaten is with the long ball. Going to the launching pads that are Rogers Centre (Toronto) and Minute Maid Park (Houston) hurts our chances significantly. Throw Yankee Stadium in there too.

In fact, looking back at 2014, Angel Stadium was the best possible place for us to begin our postseason run. It projects as a pitchers park and played to the Royals’ strengths. The Angels were overmatched in all areas last year, and recent history suggests nothing has changed: we’ve gone 11-1 against L.A. in our last 12 games. I’d love to face the Halos again in the 2015 ALDS.

It doesn’t seem likely that we’ll play the Angels anywhere but the ALDS. If they make the playoffs, they’ll probably end up in the Wild Card game finishing behind the Astros in the West. Chances are they’ll have to go through Toronto or New York first.

I was going to rank those 7 teams in order of who we want to play most/least, but David Lesky over at Pine Tar Press already did a great job of that this morning. He includes the Rays in the list of possible playoff teams, but he agrees that Los Angeles would be a great first round opponent.

I want to avoid Toronto and Houston at all costs, so here’s what I want to have happen: Angels over Blue Jays in the Wild Card. Yankees over Houston in the ALDS. Royals face LAA and NYY en route to the Series.

But who knows how things will shake out? When I think about how much things can change in September, I always remember the 2011 Cardinals: 10.5 games out of 1st place on August 25. Took over the NL Central on the last day of the season and ended up winning the World Series over the Rangers. Anything is possible.

With the addition of Johnny Cueto, the return of Kris Medlen from injury and the resurgence of Yordano Ventura and Danny Duffy, this team is suddenly stacked with starters. No more of that Chris Young or Joe Blanton business. Throw in Edinson Volquez, who has been our most consistently wonderful starter this year, and you’ve got a pretty formidable rotation come postseason play.

But you don’t need 5 starters in the postseason – you only need 4. Which means one of these guys is going to end up in the bullpen.

Well, it’s clearly not going to be Cueto or Volquez. That would just be absurd. That leaves one of Medlen/Duffy/Ventura is headed to the pen. And after Game 6 of the World Series, there’s no way we send Ventura out there.

So that leaves Duffy or Medlen.

The initially obvious choice seems to be Medlen because he was just added to the rotation this past week (shipping Jeremy Guthrie to the bullpen), but he looked so solid in his first start on Monday (69 pitches – 6 IP 5 H 3 R 6 K), absolutely filthy at times, in fact, and made only a couple mistakes. The most impressive stat is his pitch count. He already is showing signs of his 2012 self. If he continues to improve over his remaining starts, to me, he’s our 4th starter.

Duffy provides something the rest of them don’t: he’s left-handed. We currently only have Franklin Morales out there, and he’s been fantastic, but it would be nice to have another lefty option out of the bullpen. If we play Toronto, Duffy is guaranteed to be in the bullpen as their entire line up bats right handed. Los Angeles is also righty-heavy. But the Yankees have a pretty left-handed lineup (Brian McCann, Didi Gregorious, Jacoby Ellsbury, Bretty Gardner, Stephen Drew) and so do the Rangers (Prince Fielder, Josh Hamilton, Mitch Moreland, Rougned Odor, Shin-Soo Choo).

Conclusion: if the Royals face New York or Texas, I’d move Medlen to the pen and start Duffy in Game 4. Otherwise, I think Duffy ends up in the bullpen for the second straight year. But again, we’ll see how both of these guys look over the final month or so.

The trade for Ben Zobrist has me giddy. He has been one of my favorite ballplayers for a long time playing in Tampa and Oakland.

Zobrist is the ultimate utility man. He can play positions all over the field and he can play them all well. He’s the anti-Billy Butler. Outfield and second base have been his primary positions, but you don’t lose anything in terms of defense no matter where you put him.

Well, that’s not true. You probably would on this team with how good our defenders are. The exception is Alex Rios in RF. Rios is bad at defense. His hitting seems to be coming around finally. But Zobrist is better at both offense and defense.

At second base, Infante is slightly better, and the Royals seem to think he’s got good chemistry with Alcides Escobar up the middle. But how many times have we seen him fail to turn a double play? His shoulder is still pretty lame, and he doesn’t appear to have any zip on his 6-4-3 turns. We’ve lost multiple games this season purely because Omar’s arm isn’t strong enough to finish a double play. But the Royals are probably right, Omar’s defense is still better.

But on the offensive side, Infante is miserable. He’s currently hitting .219/.234/.311. He’s picked it up over the past week hitting triples in back to back games which is obviously not sustainable. But he’s nothing compared to Ben Zobrist: .286/.374/.468.

So when Gordon returns to LF in a week or so, does Zobrist move to RF or 2B?

To me, the answer seems pretty obvious: Infante should sit.

Meanwhile, Jarrod Dyson is better defensively than both Zobrist and Rios combined. In a close game, Zobrist needs to remain at second and Dyson needs to be in for Rios in RF.

For some reason, when Zobrist first came over from Oakland, Yost would regularly bring in Dyson to pinch run for him in the 7th inning. This is not a smart move. In a close game, Zobrist’s bat is crucial in the lineup. Rios’s, on the other hand, is not. If the Royals are leading in a close game, Dyson should come in for Rios and Zobrist should move to 2B.

Here’s what I think our lineup will be…

You can make an argument that Gordon should lead off, and I’d listen. Boy, would I listen. But c’mon, that’s not happening at this point. Esky is your leadoff hitter, for better or for worse.

And I see the back to back lefties too, and Ned loves stacking his lineups L-R-L-R.

Shoot. Now that I look at it, with Rios at the bottom, you could even start Dyson, pinch hit Rios at some point and move Infante in to 2B and Zobrist to RF late. Gah! It’s wonderful. So many options.

Which points to why Zobrist is so valuable: he creates options with his versatility. He’s even a switch hitter! But the ability to move him around and bring whoever you want off the bench to pinch hit makes him way more valuable than any of his stats claim.

That’s plenty for now. Good to be back in the swing of things. Again, sorry about the extended silence, you guys. It won’t happen again.

One thought on “The Royals are 77-49: Too early to start thinking postseason things?”