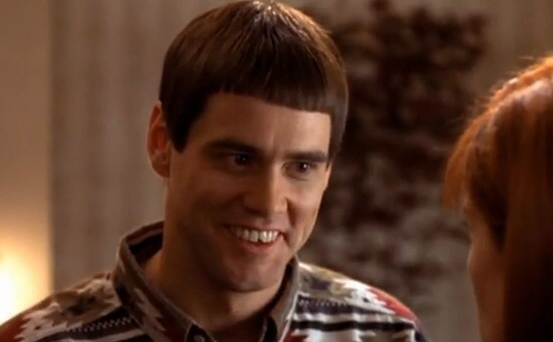 This is the second year in a row I’ve done absolutely no blogging in June or July. When the Kentucky Derby ends, this site just sits idle until mid-August when the postseason race heats up. Not by choice, necessarily. It’s a time commitment thing. Summer is busy. August, on the other hand, is not.

I want to talk about two different things today. First, a quick look at how we got here. Second, stew a bit about what we’re rooting for the rest of the way.

How did we get here…what went wrong?

Nearly everything has gone wrong that could’ve gone wrong.

On the offensive side of the game: Mike Moustakas is out for the season with an ACL injury. Alex Gordon missed some time on the DL too, but even when he was healthy he’s been terrible. Gordon’s batting average was below .200 as late as August 9, yet somehow Eric Hosmer has been even worse since winning All Star Game MVP. Lorenzo Cain spent time on the DL. If you’d told me all those things at the start of the season, I’d tell you we’d only win 70 games.

How did we get here…what went right?

Yet somehow this team is 60-60 with 42 games left. They sit 9.0 games out of the Central behind Cleveland and Detroit and 6.5 games out of the Wild Card behind a half dozen different teams. And therein lies the biggest problem – no matter what the Royals do down the stretch, there are enough teams ahead of them it’s still extremely unlikely they’ll break into the postseason. But we’ll get there in a second.

For as much misfortune as the Royals have had, it’s easy to overlook the fact that a lot of things have actually tipped their way. Things like Paulo Orlando competing for a batting title and Cheslor Cuthbert hitting .290/.327/.443 and turning in a different web gem nearly every night in Moose’s absence. Cuthbert has been so good that we’re literally asking the question, “What do we do with this guy when Moustakas comes back?” (The answer, of course, is that he takes over at DH for Kendrys Morales next season when he doesn’t return.)

Danny Duffy is 10-1 with a 2.73 ERA and is in the AL Cy Young conversation. Yordano Ventura has taken another step. Ian Kennedy – despite leading the majors in home runs – has been more than adequate. Kelvin Herrera has been his normal dominant self and if Matt Strahm has been equally solid since being called up this past month. #VoteOmar has been cut and replaced by #2HitWhit and #RAM.

If you told me all that stuff back in April, I’d’ve thought we’d been pace to win 95 games.

So when you think about it, of course they’re .500. They’ve balanced the good and the bad, injures with unexpected success stories. All in all, it’s been a very polarized season, but over the course of a long long baseball season, extreme good and extreme bad have a way of averaging out to .500.

On July 31, the Royals were 49-55 and 12 games back in the division. On August 9 they were 6 games under .500. Since then they’ve gone 7-1 and if they haven’t resurrected their season yet, they’re at least resurrected a blog post like this one. Sure, suddenly this team is .500 again, but .500 teams don’t play in the postseason. So the Royals will have to finish very strong to defend the crown in 2016. And some other things probably need to tip their way too.

For the sake of time and energy let’s say the Royals finish something like 27-15. They’ve got 10 games left against the Twins and 7 against the White Sox, so that number is certainly possible. And with the exception of next week’s road trip to Miami and Boston, the remainder of the schedule is either at home, or on the road vs AL Central opponents. That finish would put KC at 87 wins, which is right on the bubble of being a Wild Card team.

The issue here is not the record – 6.5 games back with 42 to play is absolutely doable. If it was about the record, I’d just end this post now by saying, “The Royals need to win 27 or more games before they lose more than 15” and wrap it up. Cause that would do it, it it was just us vs another team. The issue, as I said at the top of this post, is the number of teams the Royals are chasing.

The Royals need to pass FIVE different teams to land the final Wild Card spot currently held by Baltimore. The Red Sox and Mariners are hot. The Tigers and Astros are not. Baltimore and Yankees are somewhere in between. Additionally, the Red Sox are only 1 game behind the Blue Jays in the AL East, so Toronto is actually in the mix as well.

Boston, Baltimore and Toronto: The first thing that must happen is at least one of these teams needs to have a bit of a free fall. The Orioles are the most obvious option as they’re in 3rd, but I sure do hate Toronto. The Red Sox are rolling, it’s tough to think thy’ll let off the gas.

Which leads to the second thing that needs to happen: The other two teams need to stay hot. I know that sounds counterintuitive at first, but all these teams play each other multiple times over the next 6 weeks. Baltimore/Boston: 7 games left. Baltimore/Toronto: 6 games left. Boston/Toronto: 6 games left. The best way to gain ground on the final Wild Card spot is for the Sox and Jays to hand the O’s a combined 13 losses. That opens things up immediately.

If those teams all split the series, then the Royals likely won’t gain enough ground to overtake any of them. Doesn’t matter which one plummets, but one of them has to. And the best thing that can happen is the other two mow down the rest of the competition around the league.

Detroit: Just swept these guys, and it did wonders for our chances. We can’t waste our time worrying about what Detroit will do. We have 6 games left against them. If we take care of business against them, we can make up the ground ourselves. Assuming the Royals do their part, we control our own destiny against the Tigers to some extent. That said, they’re playing the Red Sox this weekend, and if Boston is going to be one of those teams to pull away, might as well root for the Sox this weekend. We’ll know more on these guys by Monday, but if we’re worried about the Tigers, then we’ve already lost.

Yankees: What a shock to see this team in the mix. Major sellers at the trade deadline, yet due to an influx of youth, they’ve hung around are are in the mix in late August. What do we want from the Yankees? Well, we want them to follow suit based on what the other three AL East teams do. They have 9 games against the Orioles left, 7 against Toronto and 6 against the Red Sox. They need to help beat the team that fades, but lose to the two teams that pull away. But again, if we’re worried about the Yankees, then we’ve already lost.

Astros and Seattle: I’ve been high on Houston from the beginning. While the White Sox were busy fooling everyone into wondering, “Is Chicago for real?” the Astros were so bad out the gate, many thought their season was over. Not me. The season is long, and good teams rise to the top and bad teams eventually drown. And here we are in mid-August and the Astros are in the mix.

The Mariners, on the other hand, are on a surprising surge. They’re finally looking like the team many of us believed would be great back in 2014 and 2015. These two teams play each other 6 times down the stretch. Houston has 4 games vs Baltimore this weekend and Seattle has 3 games vs Toronto in September. Otherwise, it’s AL West matchups galore for them. We need to be huge Angels and Athletics and Rangers fans.

So there’s a lot here, but again, none of it means anything if the Royals don’t finish strong themselves. The best thing you can do to make the postseason is win a lot of games. Right.

And then there’s Cleveland, currently sitting at 68-50. They’re 18 games over .500 and up 9.0 games on the Royals in the division. The two teams play each other 6 times the rest of the way.

If you look at it a certain way, it’s actually easier to make the playoffs by winning the division than it is by winning the Wild Card. If we continue to assume the Royals finish at least 27-15 (a big assumption, sure, but understandably necessary), and the Indians finish 19-25, then, eureka!, we’ve done it.

The Indians are essentially a lock for the playoffs. They have been for some time now. But their remaining schedule is anything but soft. In fact, the Indians have the hardest remaining schedule in the AL Central besides the Twins, for whom every game is hard. The next 10 games for Cleveland: 3 vs TOR, 3 @ OAK, 4 vs TEX. Throw in 4 vs HOU, 6 vs KC and 7 vs DET in September/October, and that’s a bit of a gauntlet. Nine games is a lot to make up, but it’s not impossible. Some examples:

It’s not unprecedented. Sure, it’s still unlikely, but who knows? All it takes is one bad week. Maybe next week is it? Go Blue Jays, Athletics and Rangers. We’ll see.

But for now, this weekend vs Minnesota is a must win. Do another sweep, boys.